Actor William Alan Shatner OC was born in Canada on March 22, 1931. A career spanning seven decades, but he is most well-known for playing James T. Kirk in the Star Trek series, from his 1965 television series debut as the Enterprise’s captain in the second pilot to his final appearance as Captain Kirk in the seventh Star Trek movie, Star Trek Generations (1994).

Before transitioning to leading roles in several US television shows, Shatner started his screen acting career in Canadian films and television projects. In all 22 episodes of Star Trek: The Animated Series, 21 of the 22 episodes of Star Trek: The Original Series, and the first seven Star Trek films, he played James Kirk. He has written a number of novels that detail his experiences prior to, during, and following his service with Starfleet. 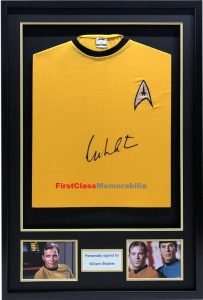 Additionally, he co-wrote a number of books set in the Star Trek world as well as the TekWar series of science fiction books, which were turned into television shows. Outside of Star Trek, Shatner starred in T. J. Hooker (1982–1986) as the titular veteran police sergeant and hosted Rescue 911 (1989–1996), a reality television programme that received the People’s Choice Award for Favorite New TV Dramatic Series. One of his several such contributions to television programmes from the 1970s to the 2010s was his appearances as a guest star in two episodes of the television detective series Columbo, over two decades apart. 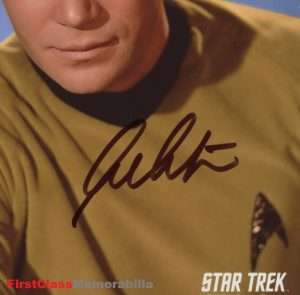 After his final appearance as James Kirk, Shatner’s television career expanded to include comedy, drama, and reality shows. He portrayed the alien “Big Giant Head” to which the main characters reported in seasons four and five of the NBC television series 3rd Rock from the Sun. He played attorney Denny Crane from 2004 through 2008 in the final season of the legal drama. The Practice and its spinoff Boston Legal. For this portrayal, he won two Emmy Awards, one for each series. He starred in both seasons of NBC’s Better Late Than Never in 2016, 2017 and 2018. A comedic travel show that followed a group of senior celebrities as they travelled around east Asia and Europe.