Where to buy Genuine Football Autographs and Memorabilia?

Proudly at FirstClassMemorabilia we are happy to stock some of the most treasured Football Autographs and memorabilia available online. With over 20 years in the autograph business we have managed to hold many great autograph signings plus also able to offer some of the biggest names in the business.

Looking through our online store, we have some great treasures such as George Best, Diego Maradona, Lionel Messi, Cristiano Ronaldo plus many many more. Our stock contains many items including signed football shirt, photographs, boots, balls and many other great finds. All our items come with a complete Certificate of Authenticity and we offer Lifetime Money Back Guarantee. How can we offer this? We obtain 90% of our autographs in person via private signing sessions. Items we have not obtained in person are purchased or we back other signing sessions from other companies, so we can offer 100% authentic signed football autographs.

Some Football Legends Memorabilia we are proud to offer

George Best (22 May 1946 – 25 November 2005) familiarly nicknamed Georgie Best, was a Northern Irish professional footballer who played as a winger, spending most of his club career at Manchester United. A highly skilful dribbler, Best is regarded as one of the best players in the history of the sport. Named European Footballer of the Year in 1968 and came sixth in the FIFA Player of the Century vote. Best received plaudits for his playing style, which combined pace, skill, balance, feints, two-footedness, goalscoring and the ability to get past defenders. 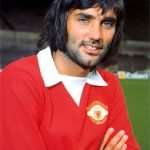 Diego Armando Maradona (30 October 1960 – 25 November 2020) was an Argentine professional football player and manager. Widely regarded as one of the greatest players in the history of the sport; he was one of the two joint winners of the FIFA Player of the 20th Century award. Maradona’s vision, passing, ball control, and dribbling skills were combined with his small stature; which gave him a low centre of gravity allowing him to manoeuvre better than most other players. His presence and leadership on the field had a great effect on his team’s general performance; while often singled out by the opposition. 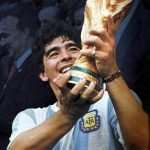 Lionel Andrés Messi (born 24 June 1987), also known as Leo Messi, is an Argentine professional footballer who plays as a forward for Ligue 1 club Paris Saint-Germain and captains the Argentina national team. Often considered the best player in the world and widely regarded as one of the greatest players of all time, Messi has won a record six Ballon d’Or awards, a record six European Golden Shoes, and in 2020 was named to the Ballon d’Or Dream Team. Until leaving the club in 2021, he had spent his entire professional career with Barcelona; where he won a club-record 35 trophies, including ten La Liga titles, seven Copa del Rey titles and four UEFA Champions Leagues. 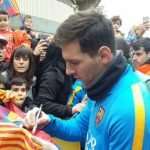 Cristiano Ronaldo dos Santos Aveiro (born 5 February 1985) is a Portuguese professional footballer; who plays as a forward for Premier League club Manchester United and captains the Portugal national team. Often considered the best player in the world and widely regarded as one of the greatest players of all time; Ronaldo has won five Ballon d’Or awards and four European Golden Shoes, the most by a European player. He has won 32 trophies in his career, including seven league titles; five UEFA Champions Leagues, one UEFA European Championship and one UEFA Nations League.

Ronaldo holds the records for most appearances (178), most goals (136) and assists (42) in the Champions League; most goals in the European Championship (14), most international goals by a male player (115); and most international appearance by a European male (182). He is one of the few players to have made over 1,100 professional career appearances; and has scored over 790 official senior career goals for club and country. 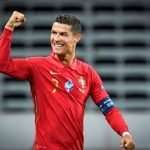 Edson Arantes do Nascimento (born 23 October 1940), known as Pelé is a Brazilian former professional footballer who played as a forward. Regarded as one of the greatest players of all time and labelled “the greatest” by FIFA, he was among the most successful and popular sports figures of the 20th century. In 1999, named Athlete of the Century by the International Olympic Committee and included in the Time list of the 100 most important people of the 20th century. Additionally, In 2000, Pelé voted World Player of the Century by the International Federation of Football History & Statistics (IFFHS), and was one of the two joint winners of the FIFA Player of the Century. Then again, his total of 1,279 goals in 1,363 games, which included friendlies, is recognised as a Guinness World Record. 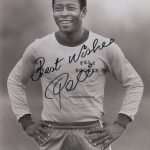 Paul John Gascoigne (Born 27 May 1967), nicknamed Gazza, is an English former professional footballer who played as an attacking midfielder. Described by the National Football Museum as “widely recognised as the most naturally talented English footballer of his generation”

Born and raised in Gateshead, Gascoigne signed schoolboy terms with Newcastle United, before turning professional with the club in 1985. Three years later, sold to Tottenham Hotspur for £2.2 million. He won the FA Cup with Spurs in 1991, before being sold to Italian club Lazio for £5.5 million. In 1995, he was transferred to Rangers for £4.3 million and helped the club to two league titles, a Scottish Cup and a Scottish League Cup. Besides, he returned to England in a £3.4 million move to Middlesbrough in 1998. He made his debut in the Premier League in the 1998–99 season; having already featured in the 1998 Football League Cup Final. Switched to Everton in 2000, and later had spells with Burnley, Gansu Tianma and Boston United. 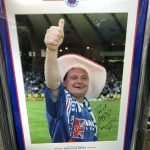 Alistair Murdoch McCoist, (born 24 September 1962) is a Scottish former footballer who has since worked as a manager and pundit.

McCoist began his playing career with Scottish club St Johnstone before moving to English side Sunderland in 1981. He returned to Scotland two years later and signed with Rangers. McCoist had a highly successful spell with Rangers; becoming the club’s record goal scorer and winning nine successive league championships between 1988–89 and 1996–97. He later played for Kilmarnock. Furthermore, McCoist, inducted into the Scottish Sports Hall of Fame in 2007. He is also a member of the Scotland Football Hall of Fame, having gained 61 international caps. A prolific striker; currently ranked as the fifth highest goal scorer in the top tier of the Scottish football league system all time; having netted 260 times for Rangers and Kilmarnock between 1983 and 2001. 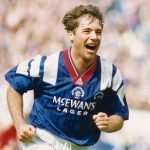 A midfielder, Souness was the captain of the successful Liverpool team of the early 1980s; player-manager of Rangers in the late 1980s and captain of the Scotland national team. He also played for Tottenham Hotspur, Middlesbrough and Sampdoria.

Souness’ managerial career began when he joined Rangers; leading them to three Scottish titles and four league cups, before joining Liverpool as manager. He went on to become manager of Galatasaray, Southampton, Torino, Benfica, Blackburn Rovers and Newcastle United. 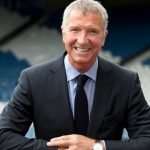 Ryan Joseph Giggs OBE (born Wilson; 29 November 1973) is a Welsh football coach and former player. He is the manager of the Wales national team and a co-owner of Salford City. Giggs played his entire professional career for Manchester United; and briefly served as the club’s interim manager after the sacking of David Moyes in April 2014. Also Giggs, regarded as one of the greatest players of his generation 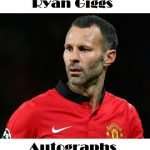 Michael James Owen (born 14 December 1979) is an English former footballer who played as a striker for Liverpool, Real Madrid, Newcastle United, Manchester United and Stoke City, as well as for the England national team. Since retiring from football in 2013, he has become a racehorse breeder; and owner and regularly features as a sports pundit and commentator. 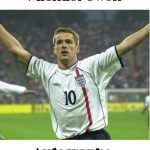 Born in Whiston, Merseyside, Gerrard spent the majority of his playing career as a central midfielder for Liverpool; and the England national team, captaining both. He made his competitive debut for Liverpool in 1998. In 2000–01, he helped the club secure an unpredicted treble of cups and made captain in 2003. In 2005, Gerrard led Liverpool to its fifth European title, being named Man of the Match as Liverpool; came from 3–0 down to defeat Milan in the game that went on to become known as the Miracle of Istanbul. The following year, named Man of the Match in the 2006 FA Cup Final, called The Gerrard Final. Both matches are regarded as being amongst the greatest finals of each competition. 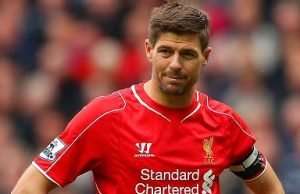 First Class Memorabilia is your number one stop for purchasing Genuine Football Autographs and signed memorabilia.