See the house and beach from Saddell Bay where Paul McCartney filmed the video for his Mull of Kintyre hit.

Paul had purchased High Park Farm in Campbeltown, close to Argyll’s Mull of Kintyre, in 1968, persuaded by his then-girlfriend Jane Asher, to use as a tax haven and a refuge from Beatlemania. The couple’s first child, Mary, as well as Heather, Linda’s daughter, would live on the farm, which was, to put it mildly, primitive. Stella arrived in 1971 and is now a well-known fashion designer.

The British-American rock band Wings’ song “Mull of Kintyre” written by Paul McCartney autographs and Denny Laine. The Scottish peninsula of Kintyre and its cape, the Mull of Kintyre, where McCartney has owned High Park Farm since 1966, honoured in the song.

The song, which became the 1977 Christmas number one and the first to sell more than two million copies nationwide, Wings’ biggest hit in Britain and is among the best-selling songs of all time in the country.

On the way to Saddell Bay from the road:

Near Saddell, Kintyre, Argyll and Bute, Scotland, on the Kilbrannan Sound shore, Saddell Castle is a historically significant 16th-century castle. In the 12th century, during Somerled’s reign, the original castle stood. For several centuries, the castle protected the MacDonald family, and now, MacDonalds from all over the world who visit Western Scotland and the Isles still come to stay there. Over the years, a number of MacDonald Lords have called Saddell home, notably Alasdair Mor MacDonald, the younger brother of Angus Mor MacDonald, Lord of the Isles in the thirteenth century. During the First War of Scottish Independence in the early 14th century. Angus Og MacDonald gave Robert the Bruce refuge before transporting him to Dunaverty Castle on the Mull of Kintyre.

Colonel Donald Campbell constructed Saddell House close to Saddell Castle, which dates to the 16th century. The history of the entire location is quite fascinating. The Landmark Trust now owns the property. 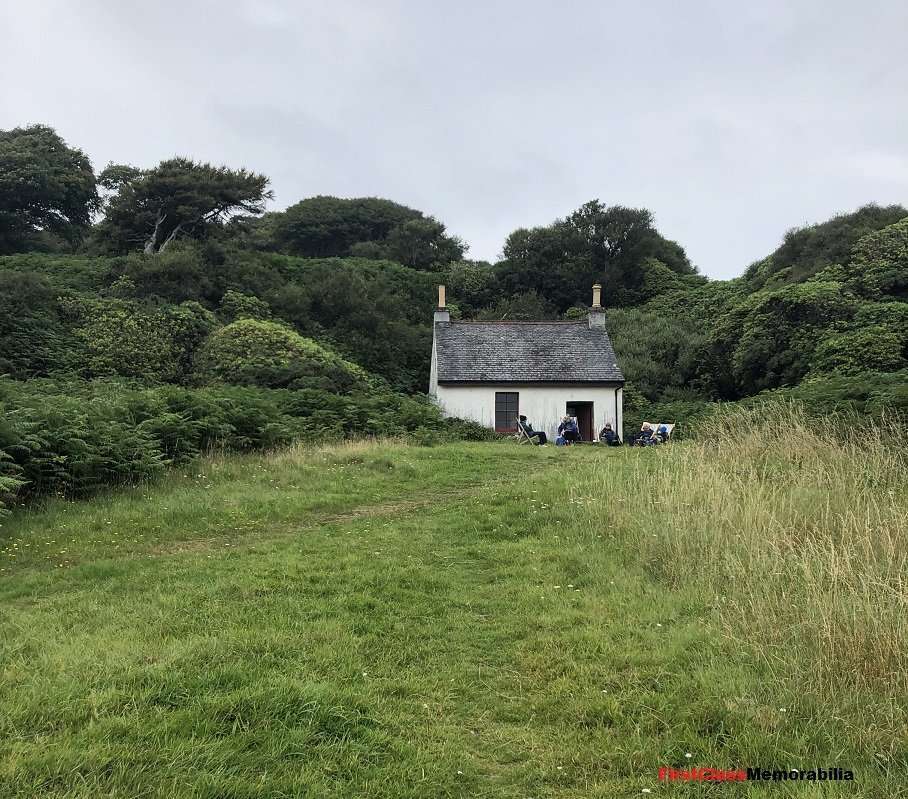