Ryan Joseph Giggs OBE (born 29 November 1973) is a former Welsh football player and coach. He was most recently the Wales national team manager. He is also a shareholder in Salford City. Giggs spent his entire professional career with Manchester United. And he briefly served as the club’s interim manager after David Moyes was fired in April 2014. Then again, Giggs is widely considered as one of the most talented players of his generation.

Giggs, the son of Wales international rugby league footballer Danny Wilson, was born in Cardiff but moved to Manchester when he was six years old when his father joined Swinton RLFC. He began his career as a left midfielder with Manchester City before joining Manchester United on his 14th birthday in 1987. He made his Manchester United debut in 1991 and spent the next 23 years in the club’s first squad. 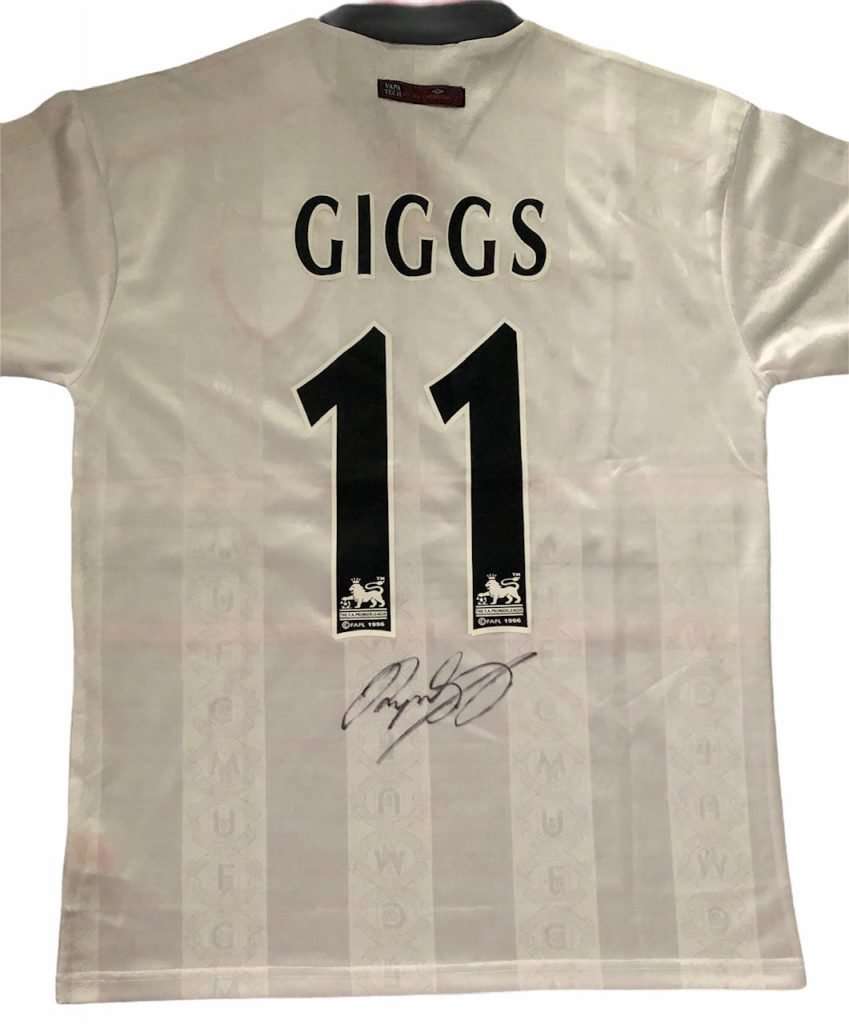 Following the dismissal of David Moyes at the end of the 2013-14 season, named Manchester United’s interim player-manager. On 19 May 2014, named assistant manager to Moyes’ permanent replacement, Louis van Gaal; he retired from playing the same day, holding the club record for competitive appearances At 963. Between 1991 and 2007, Giggs captained the Wales national team 64 times and was selected captain of the Great Britain team that competed in the 2012 Summer Olympics. He is one of only 28 players in history to have appeared in over 1,000 games.

Also, Giggs is one of the most decorated players in history. During his time at United, he won the Premier League 13 times, more than any other player in history. Four FA Cups, three League Cups, two UEFA Champions Leagues, a FIFA Club World Cup winner’s medal. An Intercontinental Cup winner’s medal, a UEFA Super Cup winner’s medal, and nine FA Community Shields. Only Manchester United Autographs and Liverpool signed memorabilia have won more league titles in English football history than Giggs. Giggs captained United on several occasions, most notably during the 2007-08 season, when regular captain Gary Neville, sidelined with a variety of injuries. 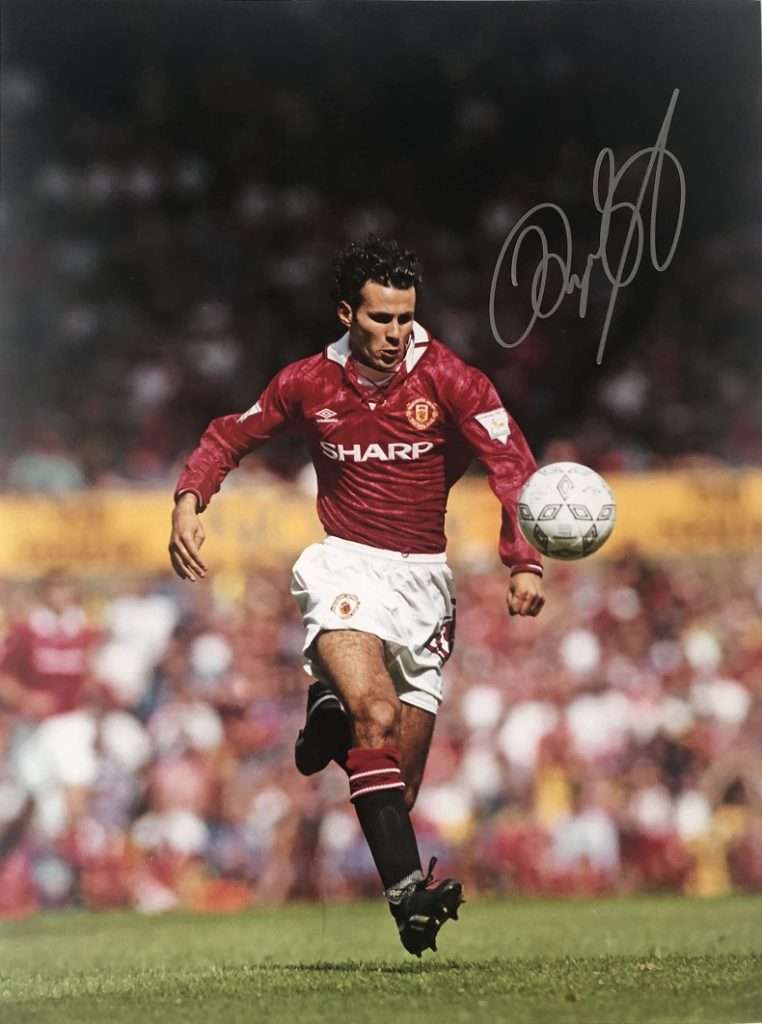 Furthermore, Giggs has a long list of personal accomplishments. He was the first player in history to win the PFA Young Player of the Year title twice in a row (1992 and 1993). Although he did not win the PFA Player of the Year award until 2009. He was the only player to appear in all 22 seasons of the Premier League. As well as the only player to score in all 21 seasons. In 2007, included to the PFA Team of the Century. The Premier League Team of the Decade in 2003, and the FA Cup Team of the Century. With 162 assists, Giggs owns the record for the most in Premier League history.

In 2009, named BBC Sports Personality of the Year. In addition to numerous football honours, Giggs named an Officer of the Order of the British Empire (OBE) in the 2007 Birthday Honours for his contributions to football autographs.

One reply on “Ryan Giggs Signed Memorabilia for Sale”