American heavy metal singer Ronald James Padavona, better known by his stage as Ronnie James Dio, was born on July 10, 1942, and passed away on May 16, 2010. Throughout his career, he fronted and created various bands, including Elf, Rainbow, Black Sabbath Autographs, Dio, and Heaven & Hell.

Dio was born in Portsmouth, New Hampshire, where his family lived while his father served in the U.S. Army during World War II, despite the fact that his parents were from Cortland, New York. When Dio was very young, the family moved back to Cortland, where he remained until 1960, when he received his high school diploma. Dio joined the Vegas Kings in 1957, the beginning of his musical career (later Ronnie and the Rumblers). 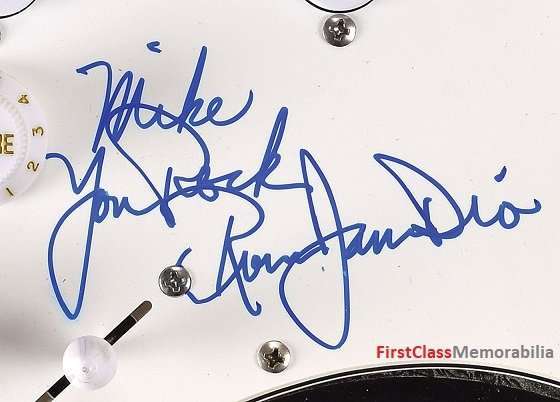 Ritchie Blackmore, a Deep Purple guitarist, formed the band Rainbow in 1975 and selected Dio as its main singer. During his time, the group put out three studio albums. Dio became one of the leading vocalists in heavy rock very soon. Black Sabbath’s lead vocalist since 1979, Dio performed on three studio albums with the group. Heaven & Hell (1980), Mob Rules (1981), and Dehumanizer (1982), all of which were commercially successful (1992). Departing the group in 1982 to start Dio, which itself had two albums that the RIAA declared platinum. He and his former bandmate Tony Iommi autographs started the band Heaven & Hell in 2006. Dio received a stomach cancer diagnosis in November 2009, and six months later, the malignancy claimed his life. 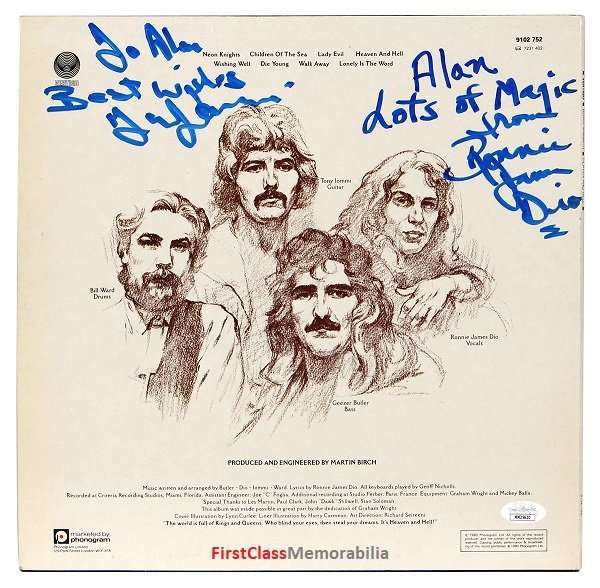 One of the greatest and most significant heavy metal vocalists of all time is considered to be Dio. Known for his lyrics about the mediaeval era and for popularising the “devil horns” hand gesture in metal culture. A version offered by the singer claims that the action is directly derived from his grandmother’s frequent use of the traditional Italian apotropaic gesture. Dio could sing both heavy rock and softer ballads thanks to his strong, adaptable vocal range. By Classic Rock Magazine, he received the “Metal Guru Award” in 2006. Also nominated “Best Metal Singer” at the 2010 Revolver Golden Gods Awards, and music autographs critic Sacha Jenkins declared him the best vocalist in the genre in 2013. 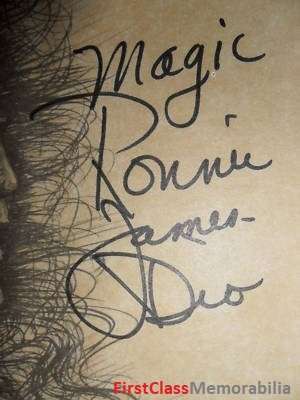