Roger Meddows Taylor OBE (born 26 July 1949) is an English musician, singer-songwriter and multi-instrumentalist, best known as the drummer for the rock band Queen. As a drummer, Taylor was recognised early in his career for his unique sound. Voted the eighth-greatest drummer in classic rock music history in a listener poll conducted by Planet Rock in 2005.

Besides, as a songwriter, Taylor contributed songs to Queen’s albums from the beginning. Composing at least one track on every album, and often singing lead vocals on his own compositions. He wrote or co-wrote three UK number ones (“These Are the Days of Our Lives”, “Innuendo” and “Under Pressure”) and contributed to a further five major hits (“Radio Ga Ga”, “A Kind of Magic”, “Heaven for Everyone”, “Breakthru”, and “The Invisible Man”). Also, Roger Taylor autographs the main writer on the international top-ten hit “One Vision”; although the track is credited to the whole band. Collaborated with such artists as Eric Clapton autographs, Roger Waters autographs, Roger Daltrey autographs, Robert Plant memorabilia, Phil Collins, Genesis, Jimmy Nail, Kansas, Elton John, Gary Numan, Shakin’ Stevens, Foo Fighters, Al Stewart, Steve Vai, Yoshiki, Cyndi Almouzni, and Bon Jovi. As a producer, he has produced albums by Virginia Wolf, Jimmy Nail, and Magnum.

In addition to his drum work, Taylor is well known for his falsetto vocal range. Furthermore, he sometimes played keyboards, guitars and bass on his own songs. During the 1980s, in addition to his work with Queen; he formed a parallel band known as the Cross, in which he was the lead singer and rhythm guitarist. During the early 1980s, Taylor was also a panellist on the popular UK quiz show Pop Quiz, hosted by Mike Read. In 2014, he appeared in The Life of Rock with Brian Pern as himself. 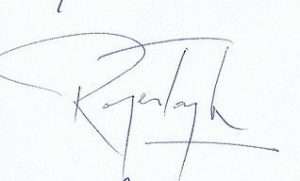 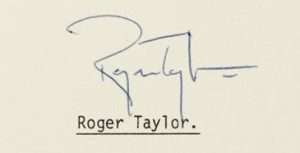 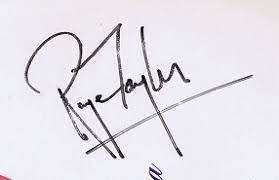 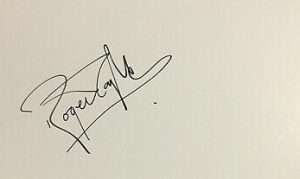 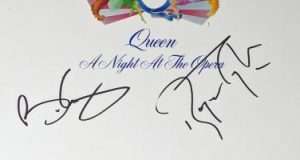 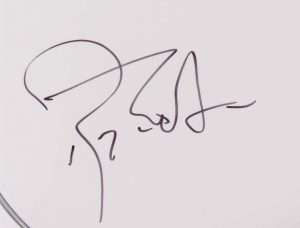