Newcastle United Football Team, a professional football club headquartered in Newcastle upon Tyne; England, that competes in the Premier League, the country’s highest level. Newcastle East End and Newcastle West End merged to form the club in 1892. The team’s home games are held at St James’ Park in Newcastle’s city centre. The stadium was modified in the mid-1990s to meet the Taylor Report’s mandate; that all Premier League clubs have all-seater stadiums. It now seats 52,305 people.

Since joining the Football League in 1893; the club has been a member of the Premier League for all but three years of the competition’s history; spending 89 seasons in the top level as of May 2021, and have never slipped below English football’s second tier; Newcastle United have won four Premier League titles, six FA Cups, and an FA Charity Shield; as well as the 1968–69 Inter-Cities Fairs Cup and the 2006 UEFA Intertoto Cup, making them the English club with the ninth most trophies won. Between 1904 and 1910, the club had its most successful phase, winning an FA Cup and three League crowns.

The club’s last major domestic victory was in 1955 (albeit their last big trophy was in 1969); although they finished second in the League or FA Cup four times in the 1990s. Newcastle, demoted from the Premier League in 2009 and again in 2016. Each time, the team promoted at the first attempt; returning to the Premier League as Championship champions in 2010 and 2017.

Newcastle has had a lengthy rivalry with Sunderland; who they have played in the Tyne–Wear derby against since 1898. Black and white striped jerseys, black shorts, and black socks are the club’s traditional kit colours. The city coat of arms, which includes two grey hippocamps, is incorporated into their crest. The squad enters the field to “Local Hero” before each home game; and “Blaydon Races” is also sung throughout games. Goal! The Dream Begins, a rags-to-riches British sports movie; produced in 2005, featuring Newcastle United as the central character throughout the story. Many people credit the film with increasing the club’s overall popularity among players and supporters.

Mike Ashley, who succeeded long-serving chairman Sir John Hall, was the club’s owner from 2007 until 2021. In terms of annual revenue, the club is the 17th most profitable in the world, making €169.3 million in 2015. Newcastle’s best year was 1999, when they became the world’s fifth-highest revenue-producing football club; and second only to Manchester United in England. Purchased for £300 million by a consortium led by the Saudi Arabian government’s sovereign wealth fund on October 7, 2021. Newcastle became the wealthiest club in the world as a result of the purchase. 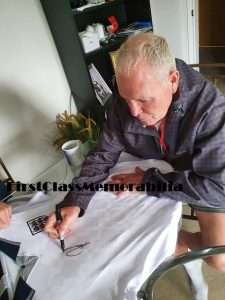 Joseph Kevin Keegan, OBE (born 14 February 1951) is an English former football player and manager. A forward, he played for several clubs, including Newcastle United, Southampton, Liverpool and Hamburger SV. He went on to manage Newcastle United, Fulham and Manchester City, winning promotion as champions in his first full season at all three clubs. 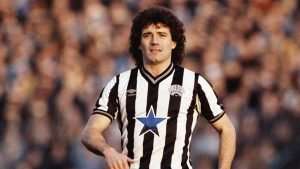