Michael Schumacher (born 3 January 1969) is a German former racing driver who competed in Formula One for Jordan, Benetton, Ferrari, and Mercedes. Schumacher has a joint-record seven World Drivers’ Championship titles; with Lewis Hamilton, and at the time of his retirement from the sport in 2012, he held the records for the most wins (91); pole positions (68), and podium finishes (155); he maintains the records for the most fastest laps (77) and the most races won in a single season (with Sebastian Vettel) (13), amongst others. 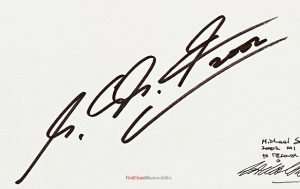 After beginning his racing career in karting, Schumacher enjoyed success in several junior single-seater series. After a one-off Formula One appearance with Jordan at the 1991 Belgian Grand Prix, Schumacher was signed by Benetton for the rest of the 1991 season. Furthermore, he won his first and second drivers’ titles consecutively in 1994 and 1995; twice finishing ahead of runner-up Williams’ Damon Hill. Additionally, Michael Schumacher Autographs moved to the struggling Ferrari team in 1996, with whom he won five consecutive titles from 2000 to 2004, including unprecedented sixth and seventh titles, breaking several records. After finishing third in 2005 and second in 2006, Schumacher retired from the sport, although he later made a brief return with Mercedes from 2010 to 2012. 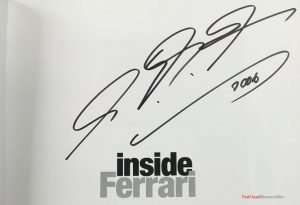 Schumacher, noted for pushing his car to the very limit for sustained periods during races; a pioneering fitness regimen and ability to galvanise teams around him. Also, he and his younger brother Ralf are the only siblings to win races in Formula One; and the first siblings to finish first and second in the same race, a feat they repeated in four subsequent races. Over his career, Schumacher involved in several controversial racing incidents. Also, twice, involved in collisions in the final race of a season that decided the title; first with Hill at the 1994 Australian Grand Prix and later with Jacques Villeneuve at the 1997 European Grand Prix. 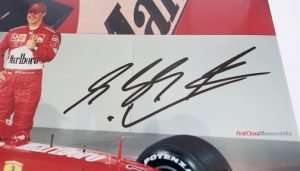 Ambassador for UNESCO, Schumacher involved in humanitarian projects; and has donated tens of millions of dollars to charity. Besides, in December 2013, Schumacher suffered a severe brain injury in a skiing accident. Placed in a medically induced coma until June 2014. He left hospital in Grenoble for further rehabilitation at the Lausanne University Hospital; before being relocated to his home to receive medical treatment and rehabilitation privately in September 2014. 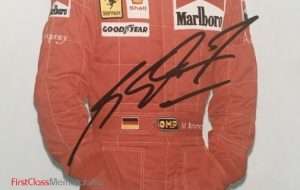