Michael James Owen, an English professional football player who played as a striker for Stoke City. Newcastle United Autographs, Real Madrid. Liverpool, Manchester United and England’s national side. Born on December 14, 1979. He stopped playing football in 2013 and has since started raising and owning racehorses. He also frequently appears as a sports broadcaster and pundit.

Owen, a Chester native and the son of veteran footballer Terry Owen, started his senior career in 1996 at Liverpool. Through the Liverpool youth squad, he advanced, and in May 1997, he scored on his debut. With 18 goals, he tied for the league lead in scoring during his first complete Premier League season. He replicated this the next season and led Liverpool in goals scored from 1997 until 2004.

Despite a history of hamstring injuries, he became known as a reliable goalscorer. Liverpool won the UEFA Cup, FA Cup, and Football League Cup in 2001, and Owen was awarded the Ballon d’Or. He went on to score 118 goals in 216 appearances in the Premier League for Liverpool, and 158 goals in 297 total appearances.

Regarded as one of the greatest Liverpool players, Owen came 14th in the “100 Players Who Shook The Kop”, an official Liverpool signed memorabilia fan poll. In 2004, Owen was named by Pelé autographs in the FIFA 100 list of the world’s greatest living players. Although Owen never managed to score 20 league goals in one season, he still had scored 118 league goals for Liverpool and 158 in total at the age of 24.

After Liverpool had fallen behind their title rivals under Gérard Houllier’s final two seasons; Owen opted not to renew his contract and then moved to Real Madrid for £8 million in the summer of 2004. There he was frequently used as a substitute. He scored 13 goals in La Liga before returning to England autographs; the following season where he joined Newcastle United for £16.8 million. This, after Owen’s disappointment that Real had rejected a bid from Liverpool to re-sign him. After a promising start to the 2005–06 season, injuries largely ruled him out over the next 18 months. After his return, he became team captain and was the team’s top scorer for the 2007–08 season. Equally, Newcastle were relegated in the 2008–09 season and Michael Owen autographs moved to Manchester United as a free agent. He spent three years at Old Trafford before joining Stoke City in September 2012.

Internationally, Owen first played for the senior England team in 1998; becoming England’s youngest player and youngest goal scorer at the time. His performance at the 1998 FIFA World Cup brought him to national and international prominence and he went on to score in UEFA Euro 2000, the 2002 World Cup and Euro 2004. He is the only player to have scored in four consecutive major tournaments for England. He played at the 2006 World Cup, but suffered an injury which took him a year to recover from. Occasionally playing as captain, he’s England’s 11th-most-capped player and has scored a former national record (since overtaken by Wayne Rooney) of 26 competitive goals, with 40 in total from 89 appearances, most recently in 2008. 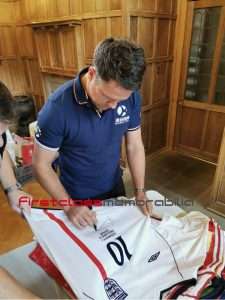 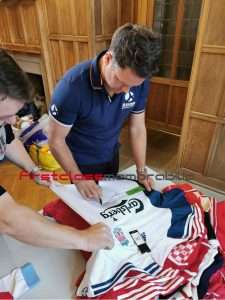 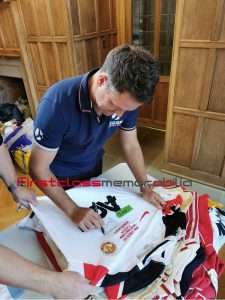 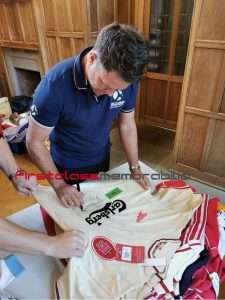 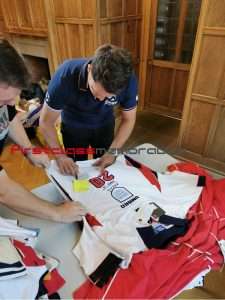 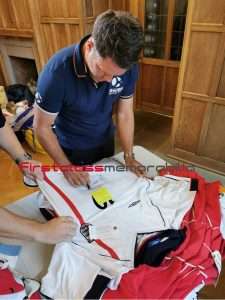 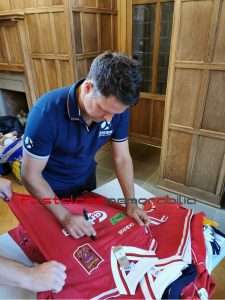 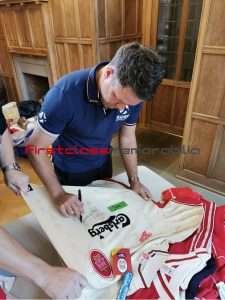 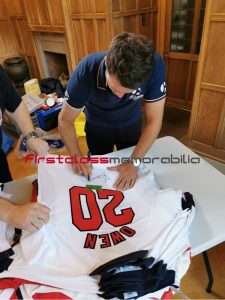