Led Zeppelin were an English rock band formed in London in 1968. The group consisted of vocalist Robert Plant, guitarist Jimmy Page, bassist/keyboardist John Paul Jones, and drummer John Bonham. With a heavy, guitar-driven sound, they are cited as one of the progenitors of hard rock and heavy metal, although their style drew from a variety of influences, including blues and folk music. Led Zeppelin have been credited as significantly impacting the nature of the music industry, particularly in the development of album-oriented rock (AOR) and stadium rock. Many critics consider Led Zeppelin one of the most innovative and influential rock groups in history.

Originally named the New Yardbirds, Led Zeppelin’s deal with Atlantic Records gave them considerable artistic freedom. Initially unpopular with critics, they achieved significant commercial success with eight studio albums over ten years. Then again, their 1969 debut, Led Zeppelin autographs, was a top-ten album in several countries and featured such tracks as “Good Times Bad Times”, “Dazed and Confused” and “Communication Breakdown”. Led Zeppelin II (1969) was their first number-one album, and yielded “Ramble On” and “Whole Lotta Love”. In 1970 they released Led Zeppelin III which featured “Immigrant Song”. Their untitled fourth album, commonly known as Led Zeppelin IV (1971), is one of the best-selling albums in history with 37 million copies sold.

Furthermore, the album includes “Black Dog”, “Rock and Roll” and “Stairway to Heaven”; with the latter being among the most popular and influential works in rock history. Besides, Houses of the Holy (1973) yielded “The Ocean”, “Over the Hills and Far Away” and “The Rain Song”. Physical Graffiti (1975), a double album, featured “Trampled Under Foot” and “Kashmir”.

Page wrote most of Led Zeppelin’s music, particularly early in their career, while Plant wrote most of the lyrics. Jones’s keyboard-based compositions later became central to their music, which featured increasing experimentation. The latter half of their career saw a series of record-breaking tours; that earned the group a reputation for excess and debauchery. Although they remained commercially and critically successful, their touring and output, which included Presence (1976) and In Through the Out Door (1979), grew limited, and the group disbanded following Bonham’s death in 1980. Since then the surviving former members sporadically collaborated and participated in one-off reunions.

Then again, the most successful of these was the 2007 Ahmet Ertegun Tribute Concert in London; with Bonham’s son Jason Bonham on drums.

Also, Led Zeppelin autographs value are one of the best-selling music artists of all time; their total record sales estimated to be between 200 to 300 million units worldwide. They achieved eight consecutive UK number-one albums and six number-one albums on the US Billboard 200, with five of their albums certified Diamond in the US. Rolling Stone magazine described them as “the heaviest band of all time”, “the biggest band of the Seventies”, and “unquestionably one of the most enduring bands in rock history”. Also, inducted into the Rock and Roll Hall of Fame in 1995; the museum’s biography of the band states that they were “as influential” during the 1970s as the Beatles were during the 1960s. 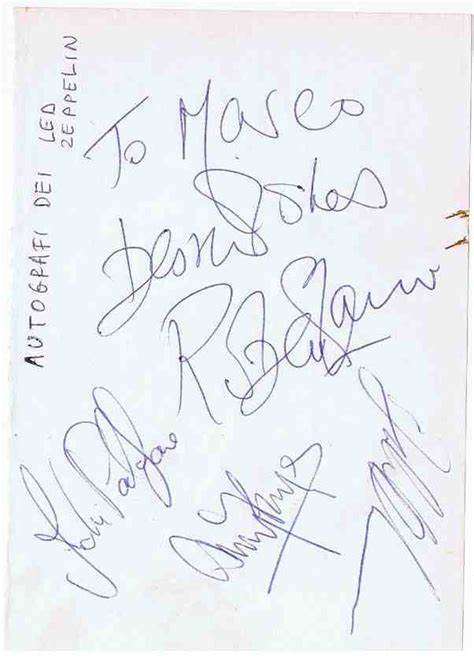 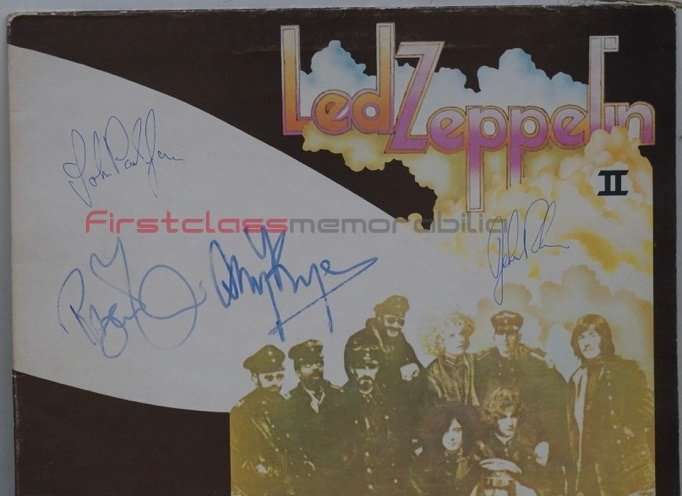 In Through The Door autographed album 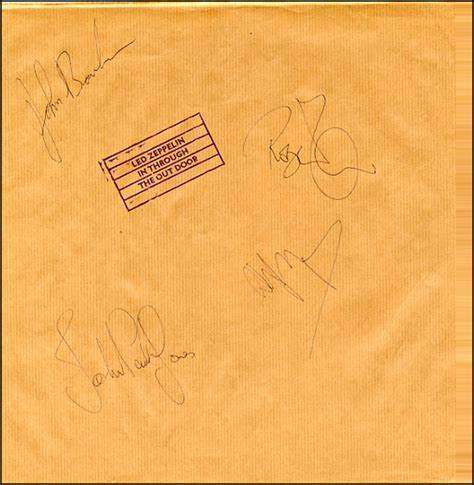 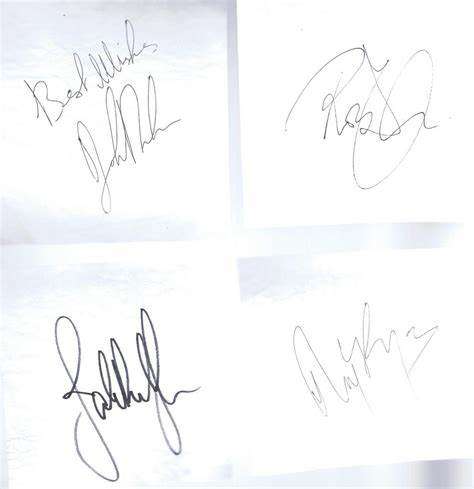