Kyle Francis Falconer (born 6 June 1987) is a Scottish musician, best known as the lead vocalist of The View. Along with the other band members, Falconer autographs hails from the Dryburgh district of Dundee. He shares songwriting responsibilities with bass guitarist Kieren Webster.

In July 2018, Falconer released his debut solo album titled ‘No Thank You’ independently. The record reached number 1 in the Record Store Chart in the week of the release and achieved a top 40 position in the UK Album Chart. The ‘No Thank You’ tour commenced in August 2018, and saw Falconer play in venues across the UK with sold out shows in Glasgow, Aberdeen, Prestwick, Manchester, Leeds, Liverpool, Falkirk, Inverness and his hometown of Dundee.

When he was 16, Falconer’s father died, and his mother died when Falconer was 22; he attributed some of his alcohol and drug abuse issues to these traumatic events.

He has been living in Dundee with his fiancée, Laura Wilde, since May 2016. Their first child, Wylde Elizabeth Falconer, was born on 10 April 2017. Falconer shared the news on social media. On 28 August 2018, he announced that he and Wilde had another child due March 2019, stating that it was “Another branch being added to the family tree.”

In interviews Falconer frequently cites Oasis, The Beatles, The Clash, Fleetwood Mac and Squeeze as influences. Although all members of The View said to be fans of The Beatles; Falconer deemed to be the most infatuated. In 2008 he claimed that the band, the first thing he thought about in the morning. The following year, he admitted that when he met Paul McCartney he was so overwhelmed that he “had to run to the toilet and just burst into tears”. He further added, “I love The Beatles. I wanted to ask him to collaborate with us.”

Falconer also notes that he “still gets a bit of a judder” when he bumps into Liam and Noel Gallagher, as despite his own fame, he finds it strange to have become an acquaintance of his idols. In 2000, several years before The View’s commercial success; Falconer and bandmate Pete Reilly attended Scottish music festival T in the Park to see Oasis perform live, and positioned at the front of the crowd. Falconer speaks regularly about his love for Fleetwood Mac, in particular Stevie Nicks. In 2008, Falconer told The List that the last thing he thinks of before he goes to sleep at night is “getting married to Stevie Nicks in her prime”. 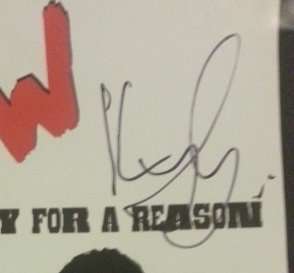 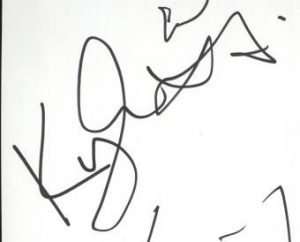