The Red Hot Chili Peppers’ guitarist, John Anthony Frusciante (born March 5, 1970), is an American musician, vocalist, and composer. He has 11 solo albums and 7 EPs to his credit, with genres spanning from electronic music to acoustic guitar music.

After guitarist Hillel Slovak passed away, Frusciante joined the Chili Peppers at the age of 18. making his debut on the album Mother’s Milk (1989). Blood Sugar Sex Magik, his second album with the group, their first major hit in 1991. He left the band in 1992 after becoming overwhelmed by its rising fame. His first solo albums, Smile from the Streets You Hold (1996) and Niandra Lades and Usually Just a T-Shirt (1994), were released during this phase of withdrawal from heroin and seclusion (1997). 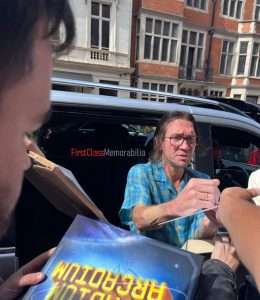 He returned to the Chili Peppers in 1998 after completing drug rehab. and they achieved tremendous success with their albums Californication (1999), By the Way (2002), and Stadium Arcadium (2006). In order to concentrate on solo work, he quit the Red Hot Chili Peppers once more in 2009. Then again, he returned in 2019.

The solo work of Frusciante includes electronica, ambient music, and experimental rock. In 2004, he put out six CDs, each of which explored a new genre and recording method. Frusciante’s The Empyrean, which includes guitarist Josh Klinghoffer and bassist Flea of the Chili Peppers, released in 2009. Additionally, Frusciante produces acid house under the name Trickfinger. Also, he has released two albums under the name Ataxia with Klinghoffer and Joe Lally. 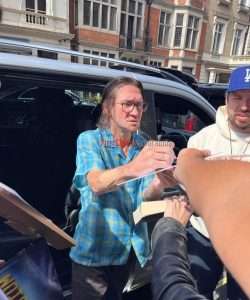 Furthermore, Many people consider Frusciante to be one of all-finest time’s guitarists; among the greatest, according to BBC survey, Rolling Stone, and Gibson. As a member of the Red Hot Chili Peppers, inducted into the Rock and Roll Hall of Fame in 2012.