After beginning his professional career at Newcastle United after attending the Leeds United Academy. He spent the majority of his time on loans at six lower-level clubs, including winning the League One Playoffs with Rotherham United. He joined Wigan Athletic in 2014, where he, in his own words, struggled. Played more frequently when Bristol City won League One during the second half of his lone Wigan season while he was on loan there.

Tavernier joined Rangers in 2015 and had a successful debut campaign, taking home two trophies. He scored the long-range volley in the Scottish Challenge Cup final that gave Rangers. The victory and named player of the game as they won the Scottish Championship. Appointed club captain at the start of the 2018–19 campaign and went on to win the Scottish Premiership in 2021. He led the team in scoring as they placed second in the UEFA Europa League for 2021–22. He has played more than 300 times for the team, scored more than 75 goals. Named PFA Scotland Player of the Year in 2021.

Tavernier and Wigan teammate Martyn Waghorn both agreed to three-year contracts with Rangers on July 20, 2015, for a transfer fee of £200,000. In a 6-2 victory over Hibernian in the first round of the Scottish Challenge Cup, he scored on his debut five days later from a free kick. Eight days later, at Ibrox Stadium, he added another goal. In a 3-0 victory over Peterhead in the same round of the Scottish League Cup.

On August 16, during Rangers’ 5-1 victory against Alloa Athletic, he netted his first league goal for the club. A week later, Tavernier gave Rangers a 2-0 victory over Hibernian from the edge of the box, giving them the lead in the Championship. Tavernier was named the division’s Player of the Month for August, while his manager Mark Warburton was named Manager of the Month. 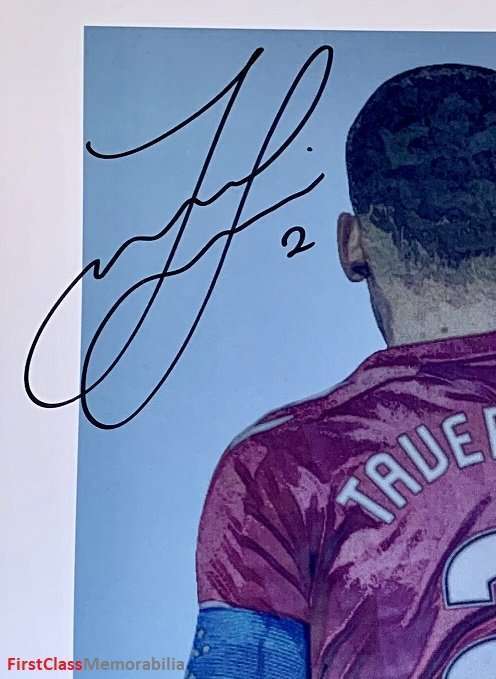 Steven Gerrard autographs, the new manager, named Tavernier the new club captain in July 2018 in advance of the 2018–19 campaign. He contributed to their 2-0 victory over FK Shkupi in the Europa League on July 12 at Ibrox in their debut game under his leadership as captain and manager.

Tavernier, confronted by a Hibernian fan in March 2019 at Easter Road during a Scottish Premiership game. Cameron Mack, a 21-year-old East Lothian resident from Port Seton, hopped over the billboards. Making his way over to Tavernier before being brought away by police and ushers and taken into custody. After entering a plea of guilty to breach of the peace at Edinburgh Sheriff Court, Mack was later prohibited from entering any football stadium in Scotland. 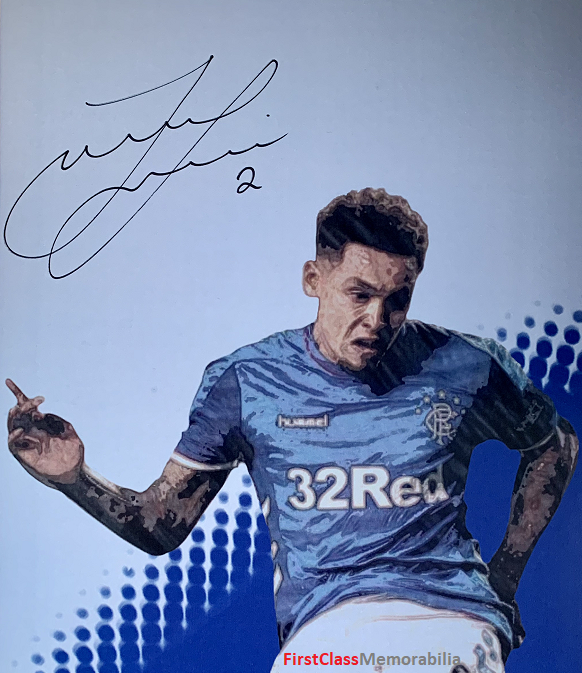 Rangers made their finest defensive start to a Scottish Premiership season in 2020–21, keeping seven straight clean sheets. They had advanced from their Europa League group as of December 8, 2020, having given up just three goals in the league while scoring 45; Tavernier had made a significant contribution to both the defensive record and the offensive results by that point, having scored 16 goals and provided 11 assists across all competitions. In September and November, he received the league’s Player of the Month award. The Scottish Premiership, the first Scottish league championship won by Rangers since 2011. The PFA Scotland Players’ Player of the Year award went to Tavernier.

Tav agreed to a new three-year deal on April 6, 2021. On September 25, he made his 300th Rangers appearance in a 1-0 victory at Dundee. He had scored 66 goals by then. converting a penalty to start a 4-2 victory over Borussia Dortmund. In the Europa League round of 32 in February 2022. Scoring both goals for Rangers Memorabilia in the second leg’s draw to advance. Furthermore, on April 14, he scored twice more as the team defeated Braga 3-1 at home in extra time to advance to the semifinals, where he scored against RB Leipzig. The team’s leading scorer, with seven goals, helped them place second behind Eintracht Frankfurt. He also scored Rangers’ first attempt in the final penalty shootout loss.