See the Former Houses where Amy Winehouse Lived in Camden London. Amy had a short career but lived in various properties throughout London.

We all know Amy didn’t have the best of times while living in London. Due to constant harassment from paparazzi. Amy moved a number of times to try and move away from this.

When Amy Winehouse released Frank she was given £75,000 at the time for the recording. Her first thing she did was buy an apartment in the London Suburb of Camden. Camden is well known for its music roots. They are all types of music genres that are around Camden and it’s lovely to mix within them all if you ever visit.

This is the property Amy purchased after receiving her first pay cheque. To this day the property is still in the Winehouse Estate and often used by her father Mitch Winehouse.

Round the Corner to Prowse Place

With the amount of press Amy moved around the corner to Prowse Place. This turned out to be worse for Amy as when the press found out she moved they constantly hounded her at this property. It’s known that Amy was nice to many of the paparazzi and often gave them cups of tea and ice lollies.

As you can see from the map below. Prowse Place and Jeffery’s Place one street away. 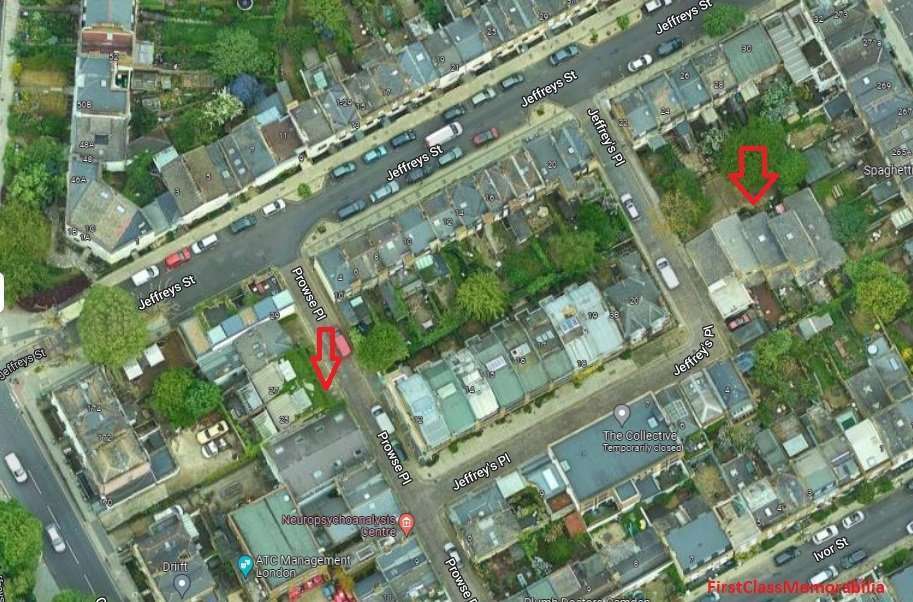 Moving out of the city for a few months Amy returned purchasing her final house in Camden Square.