The French Football Federation (Fédération française de football; or FFF) is in charge of the national football team of France, which competes in men’s international football. The team’s colours are blue, white, and red, and its symbol is a coq gaulois. Les Bleus is a nickname for the French (The Blues). They are the current world champions, having triumphed in the 2018 World Cup final.

Furthermore, Didier Deschamps, France’s manager, manages the team at the Stade de France in Saint-Denis, Île-de-France. Two FIFA World Cups, two UEFA European Championships, two FIFA Confederations Cups; one Artemio Franchi Trophy, and one UEFA Nations League championship have been won by them. Also, France had a lot of success in three different eras; the 1980s, the late 1990s/early 2000s, and the late 2010s, which culminated in a lot of significant awards. In 1930, France was one of four European teams that competed in the first World Cup. The team, headed by Raymond Kopa and Just Fontaine, finished third in the 1958 FIFA World Cup, twenty-eight years later.

France won UEFA Euro 1984 (their first official championship), the Artemio Franchi Trophy (1985); and reached two more World Cup semi-finals in 1984, all under the direction of three-time Ballon d’Or winner Michel Platini (1982 and 1986). However, with the establishment of INF Clairefontaine in the 1990s, France began to achieve its peak.

Les Bleus won the FIFA World Cup in 1998 and UEFA Euro 2000 under Didier Deschamps’ captaincy and with Zinedine Zidane on the pitch. In 2001 and 2003, they also won the FIFA Confederations Cup. Three years later, France advanced to the 2006 FIFA World Cup final, where they were defeated 5–3 on penalties by Italy. A decade later, the squad advanced to the UEFA European Championship final, where they were defeated 1–0 in extra time by Portugal.

France won the 2018 FIFA World Cup for the second time, defeating Croatia 4–2 in the final on July 15, 2018. Finally, after winning the UEFA Nations League in October 2021, the French team became the first European national team to win all senior FIFA and confederation competitions. Signed Football Shirts

Thierry Daniel Henry (born 17 August 1977) is a French professional football coach and former player who is an assistant coach for the Belgium national team. Then again, he is considered one of the greatest strikers of all time and one of the greatest players in the history of the Premier League. Spending most of his time with Arsenal. 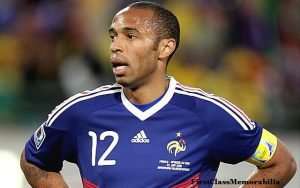 Karim Mostafa Benzema (born 19 December 1987) is a French professional footballer who plays as a striker for Spanish club Real Madrid signed memorabilia and the France national team. A creative forward known for his playmaking and finishing. Benzema regarded as one of the best strikers in the world. 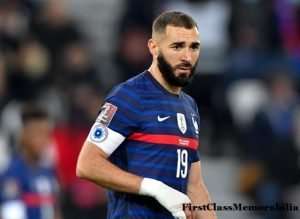 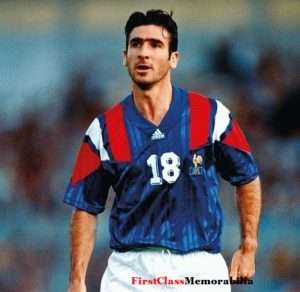 Zinedine Yazid Zidane (born 23 June 1972), also known as Zizou; a French professional football manager and former player who played as an attacking midfielder. Most recently coached Spanish club Real Madrid and is one of the most successful coaches in the world. 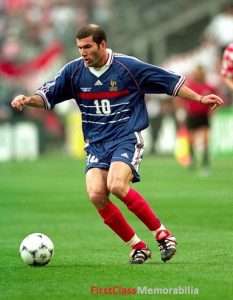