As a guitarist myself, I love to collect signatures from my favourite guitar players. I’ve preferred collecting guitarists rather than other band members due to my love of guitars.

There has been so many debates and polls over the years. Magazines and tv shows showing their favourite guitarists. They are so many to choose from and all really depends on what music you like also.

They are so many legendary guitarists who have made a name for themselves over the years including the likes of Jimi Hendrix, Jimmy Page and David Gilmour from Pink Floyd. Who has won many polls as the best guitar solo for Comfortably Numb. 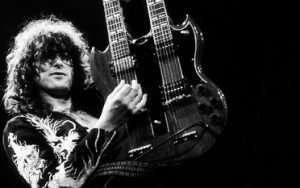 Jimmy Page was born in Heston, England, on January 9, 1944. He received a request to join the Yardbirds in 1965. He started a new band, now known as Led Zeppelin, in 1968. In 1969, the group went on tour and issued Led Zeppelin I, their debut record. Led Zeppelin quickly gained a sizable fan base. Led Zeppelin autographs, in addition to their records, were among the most popular live acts of the 1970s. 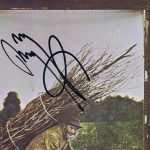 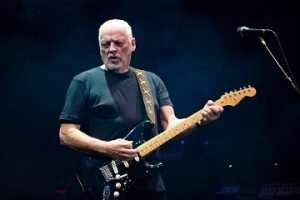 David Jon Gilmour CBE (born 6 March 1946) is an English songwriter, guitarist, and singer who was a member of rock band Pink Floyd. He joined as guitarist and co-lead vocalist in 1967, shortly before the departure of founder member Syd Barrett. Pink Floyd autographs achieved international success with the concept albums The Dark Side of the Moon (1973), Wish You Were Here (1975), Animals (1977), and The Wall (1979). 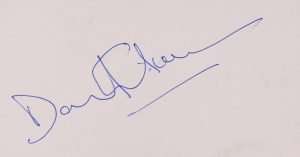 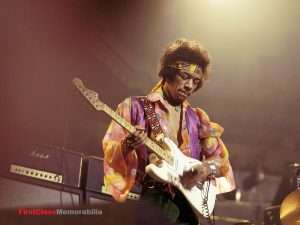 Johnny Allen Hendrix, another name for James Marshall “Jimi” Hendrix. a guitarist, singer, and songwriter from the United States who was born on November 27, 1942, and died on September 18, 1970. even though his mainstream career barely lasted four years. He is regarded as among the most prominent artists of the 20th century and one of the most significant electric guitarists in the history of popular music. Described by the Rock and Roll Hall of Fame as “perhaps the finest instrumentalist in the history of rock music.” 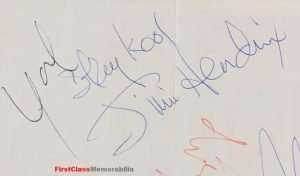 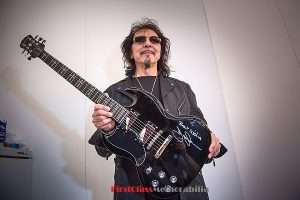 Anthony Frank Iommi (born 19 February 1948) is a British guitarist, songwriter, and producer. He was lead guitarist, co-founder and leader of heavy metal band Black Sabbath autographs, and was the band’s primary composer and sole continuous member for nearly five decades. Iommi was ranked number 25 in Rolling Stone magazine’s list of the “100 Greatest Guitarists of All Time”. 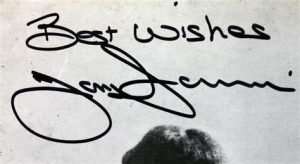 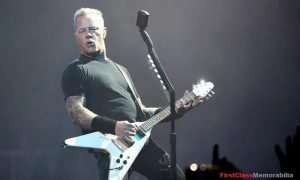 American musician James Alan Hetfield, who was born on August 3, 1963, is the lead singer. Rhythm guitarist, co-founder, and chief songwriter of the heavy metal group Metallica. Though he is primarily recognised for his deft rhythm work, occasionally handles lead guitar responsibilities and solos in both live and recorded settings. In response to an advertisement placed by drummer Lars Ulrich in the Los Angeles journal The Recycler, Hetfield co-founded Metallica in October 1981. 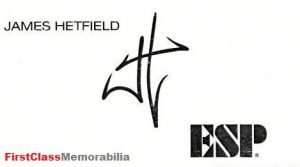 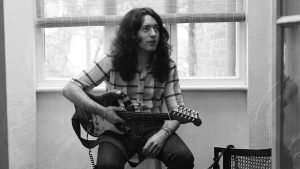 William Rory Gallagher was an Irish blues and rock guitarist; singer, composer, and producer who lived from March 2, 1948, to June 14, 1995. He has been dubbed “the finest guitarist you’ve never heard of” due to his virtuoso playing and relative lack of renown compared to others; and has influenced guitarists such as Brian May and Eric Clapton. Rolling Stone magazine ranked Gallagher as the 57th best guitarist of all time. 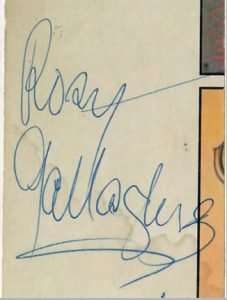 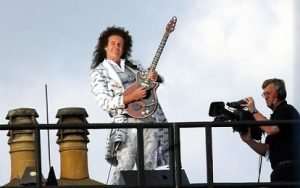 May a co-founder of Queen with lead singer Freddie Mercury and drummer Roger Taylor; previously performed with Taylor in the band Smile. Within five years of their formation in 1970 and the recruitment of bass player John Deacon completing the lineup, Queen autographs had become one of the biggest rock bands in the world with the success of the album A Night at the Opera and its single “Bohemian Rhapsody”. 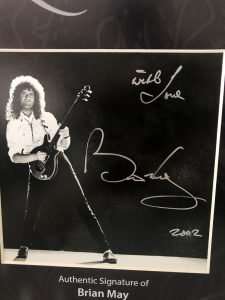 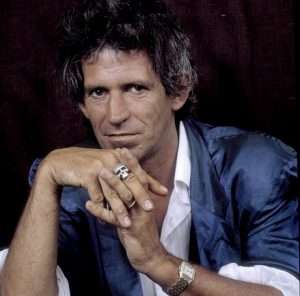 Keith Richards (born 18 December 1943), often referred to during the 1960s and 1970s as Keith Richard, is an English musician, singer, and songwriter, who has achieved international fame as the co-founder, guitarist, secondary vocalist, and co-principal songwriter of the Rolling Stones autographs. His song writing partnership with Mick Jagger is one of the most successful in history. Richards is widely considered one of the greatest guitarists of all time. His career spans over six decades and his guitar playing style has been a trademark of the Rolling Stones throughout the band’s career. 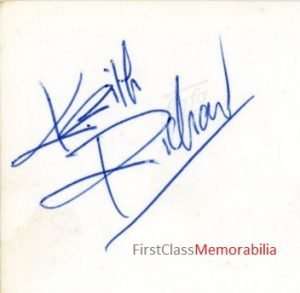 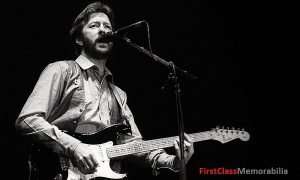 Eric Patrick Clapton, CBE, an English rock and blues guitarist, singer, and composer who was born on March 30, 1945. Regarded as one of the most popular and significant rock guitarists. Clapton ranked second in Rolling Stone’s list of the “100 Greatest Guitarists of All Time” and fourth in Gibson’s “Top 50 Guitarists of All Time”. In 2009, Time magazine ranked him fifth on its list of “The 10 Best Electric Guitar Players.” 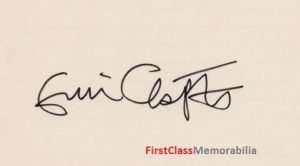 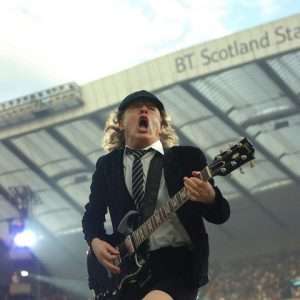 Angus McKinnon Young (born 31 March 1955) is an Australian musician; best known as the co-founder. Lead guitarist, songwriter, and sole constant original member of the Australian hard rock band AC/DC. Known for his energetic performances, schoolboy-uniform stage outfits, and his own version of Chuck Berry’s duckwalk. Furthermore, Young ranked 24th in Rolling Stone magazine’s 100 greatest guitarists of all-time list. Also, in 2003, Young and the other members of AC/DC autographs were inducted into the Rock and Roll Hall of Fame. 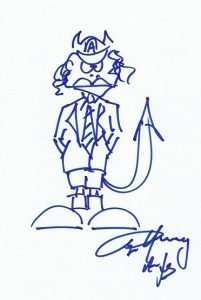 George Harrison MBE (25 February 1943 – 29 November 2001) an English musician, singer-songwriter, and music and film producer who achieved international fame as the lead guitarist of the Beatles. Sometimes called “the quiet Beatle”; Harrison embraced Indian culture and helped broaden the scope of popular music through his incorporation of Indian instrumentation and Hindu-aligned spirituality in the Beatles ‘ work. 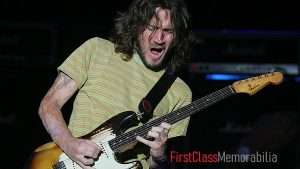 The Red Hot Chili Peppers’ guitarist, John Anthony Frusciante (born March 5, 1970), is an American musician, vocalist, and composer. He has 11 solo albums and 7 EPs to his credit, with genres spanning from electronic music to acoustic guitar music. After guitarist Hillel Slovak passed away, Frusciante joined the Chili Peppers at the age of 18. Making his debut on the album Mother’s Milk (1989). Blood Sugar Sex Magik, his second album with the group. Their first major hit in 1991. He left the band in 1992 after becoming overwhelmed by its rising fame. His first solo albums, Smile from the Streets You Hold (1996) and Niandra Lades and Usually Just a T-Shirt (1994), were released during this phase of withdrawal from heroin and seclusion (1997). 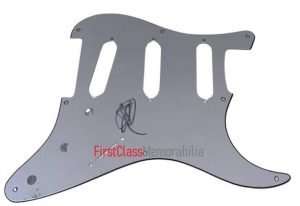 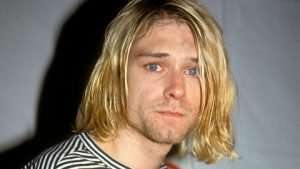 Kurt Donald Cobain an American singer, songwriter, artist, and musician who lived from February 20, 1967 to c. April 5, 1994. He was the guitarist, front vocalist, and principal songwriter for the rock band Nirvana Autographs. Cobain’s works extended the conceptual standards of popular rock music through his angst-fuelled lyricism and anti-establishment image. Hailed as a voice for Generation X. Regarded as one of the most influential musicians in alternative rock history.