Sir Cliff Richard OBE (born Harry Rodger Webb on October 14, 1940) is a British and Barbadian singer-songwriter. He has sold over 250 million records globally, making him one of the most successful musicians of all time. He has sold over 21.5 million records in the UK and is the third-best-selling artist in UK Singles Chart history, after only The Beatles autographs and Elvis Presley. 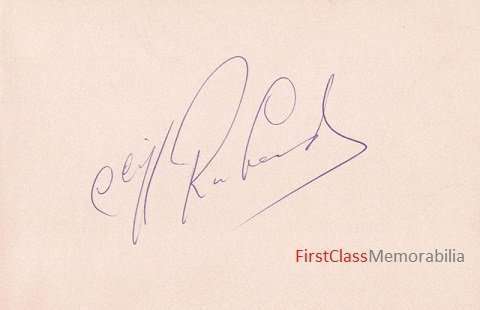 Initially, Richard was advertised as a rebellious rock and roll vocalist in the vein of Elvis Presley and Little Richard. In the late 1950s and early 1960s, he ruled the British popular music scene with his backup band, the Shadows. His 1958 hit single “Move It” is widely regarded as the first real rock and roll tune in the United Kingdom. He had a successful cinema career in the early 1960s, with films such as The Young Ones, Summer Holiday, and Wonderful Life. Increased emphasis on his Christian faith and subsequent softening of his music resulted in a more mainstream image, and he occasionally moved into contemporary Christian music. 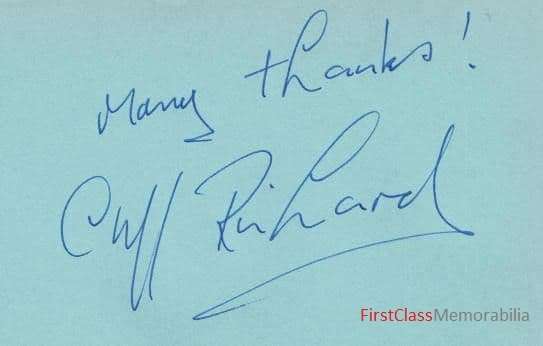 Richard has received numerous gold and platinum records and honours during his 60-year career, including two Ivor Novello Awards and three Brit Awards. More than 130 of his singles, albums, and EPs have charted in the UK Top 20 than any other artist. Richard has 67 UK top ten singles, the second most of any musician. Holds the record, along with Elvis Presley, for being the only act to make the UK singles charts in all six decades (1950s–2000s). Has 14 UK No. 1 hits and is the only singer to have a No. 1 single in each of the last five decades. He has had four UK Christmas No. 1 songs, two as a solo artist. 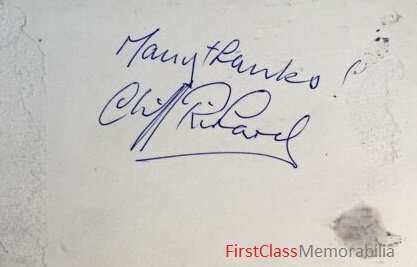 Despite eight US Top 40 singles, including the million-selling “Devil Woman” and “We Don’t Talk Anymore,” Richard has never attained the same level of popularity in the United States. He had a successful era in Canada in the early 1960s. late 1970s, and early 1980s, with certain releases being certified gold and platinum. He is still a prominent music autographs, film, and television figure in the United Kingdom. As well as in Australia, New Zealand, South Africa. Northern Europe, and Asia, and he has a fan base in other nations. When he is not on tour, he splits his time between Barbados and Portugal. He moved to New York in 2019.