Originally trained as a graphic artist, Watts developed an interest in jazz at a young age and joined the band Blues Incorporated. Besides, He started playing drums in London’s rhythm and blues clubs, where he met future bandmates Mick Jagger autographs, Keith Richards autographs and Brian Jones autographs. In January 1963, he left Blues Incorporated and joined the Rolling Stones as drummer; while doubling as designer of their record sleeves and tour stages. Watts’s first public appearance as a permanent member was in February 1963; and he remained with the group for 58 years. 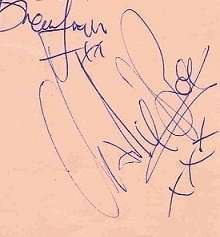 Then again, Nicknamed “The Wembley Whammer” by Jagger, Watts cited jazz as a major influence on his drumming style. At the time of Watts’s death, Watts, Jagger and Richards were the only members of the band; to have performed on every one of the band’s studio albums. Additionally, Aside from his career with the Rolling Stones autographs, Watts toured with his own group, the Charlie Watts Quintet, and appeared in London at Ronnie Scott’s Jazz Club with the Charlie Watts Tentet.

Watts died at a London hospital on 24 August 2021, at the age of 80, with his family around him. Therefore, Watts’s bandmates Jagger, Richards and Wood paid tribute to him, along with former bandmate Wyman. Several other celebrities and rock musicians paid tribute to Watts following his death, including Paul McCartney, Ringo Starr, Elton John, Brian Wilson, Pete Townshend, Nick Mason, Roger Daltrey, the members of U2, Bryan Adams, Liam Gallagher, Brian May, Roger Taylor and Kenney Jones For 10 days, the contents of the Rolling Stones’ official website were replaced with a single picture of Watts in his memory. 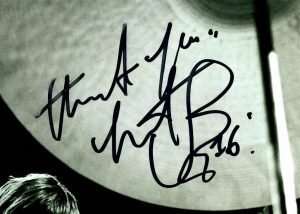 Additionally, Two days after his death, Jason Isbell and Brittney Spencer dedicated a cover performance of “Gimme Shelter” to Watts. On 27 August, the band’s social media accounts shared a video tribute to Watts consisting of a montage of pictures and film footage. Then again, The montage was set to the Rolling Stones’ 1974 track “If You Can’t Rock Me”. Which opens with the lines “The band’s on stage and it’s one of those nights; … / The drummer thinks that he is dynamite, oh yeah”. Watts was laid to rest in Devon after a small ceremony.