Brandon Bruce Lee (February 1, 1965 – March 31, 1993) was an American actor; fight choreographer, and martial artist. Establishing himself as a rising action star in the early 1990s, he landed his breakthrough role as Eric Draven in the dark fantasy film The Crow (1994). Furthermore, Lee’s career, however, was cut short by his accidental death during The Crow‘s production.

Besides, he was the son of martial artist and film star Bruce Lee Autographs, who died when Brandon Lee was eight years old. Additionally, Lee, who followed in his father’s footsteps, trained in martial arts and studied acting. At Emerson College and the Lee Strasberg Theatre and Film Institute. He started his career with leading roles in the Hong Kong action film Legacy of Rage (1986). And the straight-to-video Laser Mission (1989). Lee also appeared in two spin-offs of the 1970s series Kung Fu. The television film Kung Fu: The Movie (1986) and the pilot Kung Fu: The Next Generation (1987).

Transitioning to Hollywood productions, Lee first starred in the Warner Bros buddy cop film Showdown in Little Tokyo (1991), co-starring Dolph Lundgren. While it did not do well with audiences and critics upon its release, it later became a cult film. Followed by a leading role in Rapid Fire (1992) produced by 20th Century Fox. Though the film, not well-received, critics praised Lee’s onscreen presence. After being cast to headline The Crow, Lee had filmed nearly all of his scenes when he was fatally wounded on set by a prop gun. Lee posthumously received praise for his performance, while the film became a critical and commercial success. His career has drawn parallels with his father. Having both died young prior to the release of their breakthrough film memorabilia. 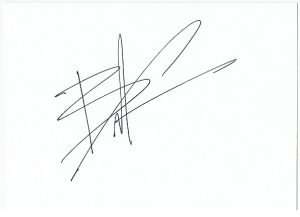 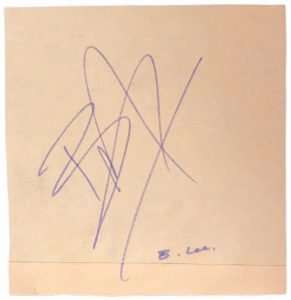 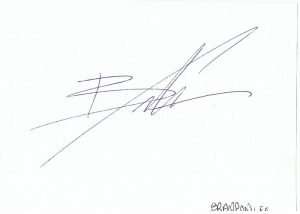 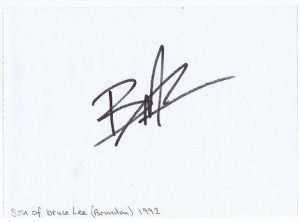