Robert Allen Zimmerman (born May 24, 1941) is an American singer-songwriter. Dylan, widely acknowledged as one of the greatest songwriters of all time, has been a major influence in popular culture for more than 60 years. Much of his most famous work stems from the 1960s, when songs like “Blowin’ in the Wind” (1963) and “The Times They Are A-Changin'” (1964) became civil rights and antiwar anthems. During this time, his songs incorporated a variety of political, social, philosophical, and literary elements, challenging mainstream music traditions and appealing to the rising counterculture.

Following the self-titled debut album in 1962, which featured mostly traditional folk songs, Dylan made his breakthrough as a songwriter the following year with the release of The Freewheelin’ Bob Dylan. “Blowin’ in the Wind” and the topically complex “A Hard Rain’s A-Gonna Fall” are on the album. Many of his songs were based on the melodies and phraseology of earlier folk ballads. In 1964, he released The Times They Are A-Changin’. A politically charged album, and Another Side of Bob Dylan, a more lyrically abstract and introspective album.

Dylan sparked debate among folk purists in 1965 and 1966 when he adopted electrically amplified rock instrumentation and recorded three of the most important and influential rock albums of the 1960s in the space of 15 months: Bringing It All Back Home, Highway 61 Revisited (both 1965), and Blonde on Blonde (1966). His six-minute single “Like a Rolling Stone” (1965) pushed popular music’s commercial and creative boundaries. 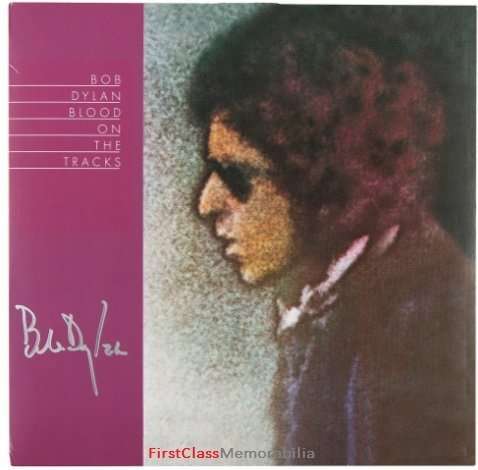 Dylan’s tour was cut short in July 1966 due to a motorcycle accident. During this time, he recorded a huge number of tracks with Band members who had previously supported him on tour. In 1975, these recordings were released as part of the collaboration album The Basement Tapes. Dylan explored country music and rural themes in John Wesley Harding (1967). Nashville Skyline (1969), and New Morning (1970) in the late 1960s and early 1970s (1970). Blood on the Tracks, his 1975 album, was widely seen as a return to form. He became a Christian in the late 1970s and released a series of albums of contemporary gospel music before reverting to his more familiar rock-based idiom in the early 1980s.

How much is Bob Dylan’s autograph worth?

Dylan’s 1997 album Time Out of Mind signalled the start of a revival in his career. Since then, he has released five critically acclaimed albums of original songs. The most recent of which being Rough and Rowdy Ways (2020). In the 2010s, he has released three albums of interpretations of traditional American favourites, particularly songs sung by Frank Sinatra. Dylan has been on what has become known as the Never Ending Tour since the late 1980s.