Billy Clifford Gilmour (born 11 June 2001) is a Scottish professional footballer who plays as a midfielder for Norwich City, on loan from fellow Premier League club Chelsea, and the Scotland national team.

Gilmour was previously with Rangers, where he developed through the club’s academy and trained with the first team squad at the age of 15. He joined Chelsea in 2017 after turning down a professional contract with Rangers. 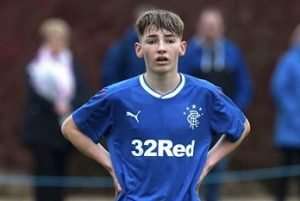 Gilmour developed his career as part of Rangers Academy. His progress saw him fast-tracked towards the first team; making his debut for the under-20 development team in December 2016 at the age of 15; and being invited to train with the first team squad the following month by manager Mark Warburton. Gilmour was given a squad number and, following Warburton’s departure from the club; twice included in the provisional squad for Scottish Cup matches by Rangers caretaker manager Graeme Murty.

The next Rangers manager, Pedro Caixinha; described Gilmour as a player with a “bright future” and held talks with the player’s family in an attempt to persuade him to stay with the club. Rangers, however, announced in May 2017 that they had reached an agreement for Gilmour to join Chelsea autographs for a “significant fee”. Reports suggested that Chelsea would pay an initial development fee of around £500,000; with potential further payments dependent on his progress. SFA Performance Director Malky Mackay had advised Gilmour and his family that he should stay at Rangers; as he would have had more chance of gaining first team experience. In addition, Mackay said, “I really hope he goes out on loan quickly to someone and keeps progressing”. 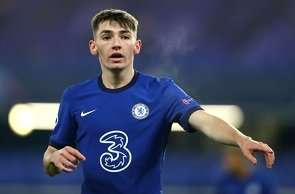 Gilmour became officially contracted to Chelsea in July 2017, following his 16th birthday. He joined the club’s under-18 squad, making a goal scoring debut in an Under-18 Premier League match against Arsenal during September 2017, and going on to score in each of his first three appearances. In July 2018, after turning 17, Gilmour signed his first professional contract with Chelsea.

Newly-appointed Chelsea manager Frank Lampard gave Gilmour his senior debut on 10 July 2019; in a pre-season friendly against Bohemians in Dublin. His first appearance in a competitive matchday squad for the first team came in the 2019 UEFA Super Cup against Liverpool autographs, when he was an unused substitute.

Furthermore, he made his Premier League debut on 31 August against Sheffield United; coming on in the 84th minute for Tammy Abraham. He made his full debut on 25 September, playing the full 90 minutes in a 7–1 EFL Cup win against Grimsby Town. Gilmour was added to the Chelsea first-team squad on a permanent basis in February 2020. He was widely praised for his performance in a 2–0 win against Liverpool in an FA Cup tie on 3 March. Gilmour would later make his first Premier League start later that week on 8 March against Everton; earning Man of the Match honours in a 4-0 win.  He did not play much for the next six months or so; due to the lockdown caused by COVID-19 and a knee injury. Gilmour made 11 appearances for the Chelsea first team during the 2019–20 season.

Also, In September 2020, Gilmour took the 23 squad number; for 2020–21 season after Michy Batshuayi returned to Crystal Palace on loan. Gilmour returned to the Chelsea starting lineup on 8 December 2020; when he made his first Champions League start in a 1–1 draw with Krasnodar. Under Thomas Tuchel, Billy Gilmour autographs would feature periodically. Gilmour was an unused substitute as Chelsea defeated Manchester City 1–0 in the 2021 UEFA Champions League Final on 29 May. 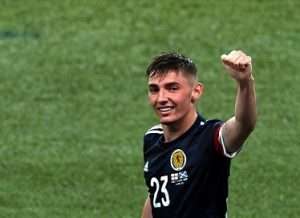 Gilmour played for the Scotland under-16s in the 2016 Victory Shield tournament. He made his Scotland under-17 debut against Italy in August 2017; and scored his first international goal in a 2–1 defeat against England two days later. Under-21 debut followed when he featured in a 1–0 win against France at the 2018 Toulon Tournament, and won the Revelation of the Tournament award after helping Scotland to a fourth-placed finish.

Additionally, Gilmour was included in the Scotland squad for Euro 2020 by Steve Clarke. He made his full international debut on 2 June 2021; coming off the bench in the 81st minute of a pre-tournament friendly against the Netherlands. Gilmour made his first start for Scotland in a goalless draw against England on 18 June, and was awarded man of the match by UEFA. He then tested positive for COVID-19, meaning that he missed Scotland’s final group game against Croatia.

Besides, Gilmour remained in the squad for Scotland’s continuing 2022 World Cup qualifiers in September; starting all three games against Denmark, Moldova, and Austria. His performances in all 3 games were widely acclaimed; with him winning man of the match in the 1-0 victory over Moldova at Hampden.