Futbol Club Barcelona, commonly referred to as Barcelona and colloquially known as Barça; a professional football club based in Barcelona, Spain, that competes in La Liga, the top flight of Spanish football.

Founded in 1899 by a group of Swiss, Spanish, German and English footballers led by Joan Gamper; the club has become a symbol of Catalan culture and Catalanism, hence the motto “Més que un club” (“More than a club”). Unlike many other football clubs, the supporters own and operate Barcelona. It is the fourth-most valuable sports team in the world, worth $4.76 billion; and the world’s richest football club in terms of revenue, with an annual turnover of €715.1 million. The official Barcelona anthem is the “Cant del Barça”, written by Jaume Picas and Josep Maria Espinàs. Barcelona traditionally play in dark shades of blue and red stripes, hence nicknamed Blaugrana.

Barcelona is one of the most widely supported teams in the world, and the club has one of the largest social media following in the world among sports teams. Barcelona players signed shirts have won a record twelve Ballon d’Or awards, with recipients including Johan Cruyff, as well as a record seven FIFA World Player of the Year awards, with winners including Romário, Ronaldo, Rivaldo and Ronaldinho. In 2010, three players who came through the club’s youth academy (Lionel Messi, Andrés Iniesta and Xavi) were chosen as the three best players in the world in the FIFA Ballon d’Or awards, an unprecedented feat for players from the same football academy. Additionally, players representing the club have won a record eight European Golden Shoe awards.

Barcelona is one of three founding members of the Primera División that have never been relegated from the top division since its inception in 1929, along with Athletic Bilbao and Real Madrid. In 2009, Barcelona FC autographs became the first Spanish club to win the continental treble consisting of La Liga, Copa del Rey, and the UEFA Champions League, and also became the first Spanish football club to win six out of six competitions in a single year, by also winning the Spanish Super Cup, UEFA Super Cup, and FIFA Club World Cup.

In 2011, the club became European champions again, winning five trophies. This Barcelona team, which won fourteen trophies in just four years under Pep Guardiola, is considered by some in the sport to be the greatest team of all time. By winning their fifth Champions League trophy in 2015, Barcelona autographed memorabilia became the first European football club in history to achieve the continental treble twice. 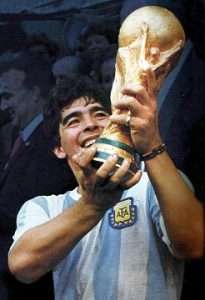 Diego Armando Maradona (30 October 1960 – 25 November 2020) was an Argentine professional football player and manager. Then agaionWidely regarded as one of the greatest players in the history of the sport; he was one of the two joint winners of the FIFA Player of the 20th Century award. 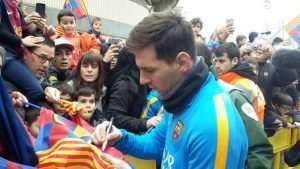 Lionel Andrés Messi (born 24 June 1987) is an Argentine professional footballer who plays as a forward and captains both the Spanish club Barcelona and the Argentina national team. Besides, often considered as the best player in the world and widely regarded as one of the greatest players of all time, Messi has won a record six Ballon d’Or awards and a record six European Golden Shoes. Also, has spent his entire professional career with Barcelona, where he has won a club-record 34 trophies; including ten La Liga titles, six Copa del Rey titles and four UEFA Champions Leagues. 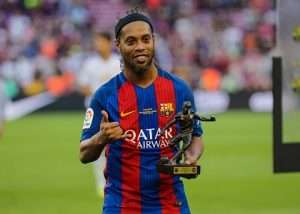 Ronaldo de Assis Moreira (born 21 March 1980); commonly known as Ronaldinho Gaúcho, simply Ronaldinho; a Brazilian football memorabilia retired professional footballer who played mostly as an attacking midfielder; but also deployed as a winger. Considered one of the best players of his generation and regarded; by many as one of the greatest of all time, Ronaldinho won two FIFA World Player of the Year awards and a Ballon d’Or. 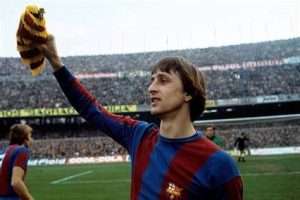 Hendrik Johannes Cruijff, internationally spelled Cruyff; 25 April 1947 – 24 March 2016) a Dutch professional football player and manager. As a player, he won the Ballon d’Or three times, in 1971, 1973 and 1974. Cruyff a proponent of the football philosophy known as Total Football explored by Rinus Michels, and is widely regarded as one of the greatest players in the history of the sport, as well as one of its best managers ever.