Alanis Nadine Morissette (born June 1, 1974) is a Canadian-American musician, singer, songwriter and actress. Known for her emotive mezzo-soprano voice Morissette; began her career in Canada in the early 1990s with two mildly successful dance-pop albums. Afterward, as part of a recording deal, she moved to Holmby Hills, Los Angeles. In 1995, she released Jagged Little Pill; an alternative rock-oriented album with the elements of post-grunge; which sold more than 33 million copies globally and is her most critically acclaimed work to date.

Also, this earned her Grammy Award for Album of the Year in 1996 and made into a rock musical of the same name in 2017; which also earned 15 Tony Award nominations including Best Musical. Her highly anticipated, more experimental follow-up, electronic-infused album Supposed Former Infatuation Junkie, was released in 1998.

Morissette assumed creative control and producing duties for her subsequent studio albums, including Under Rug Swept (2002); So-Called Chaos (2004), Flavors of Entanglement (2008), and Havoc and Bright Lights (2012). Her latest album, Such Pretty Forks in the Road, released in 2020. Morissette won 7 Grammy Awards, 13 Juno Awards and has sold more than 75 million records worldwide; dubbed the “Queen of Alt-Rock Angst” by Rolling Stone.

In 1993, Morissette’s publisher Leeds Levy at MCA Music Publishing introduced her to manager Scott Welch. Welch told HitQuarters he was impressed by her “spectacular voice”, her character and her lyrics. At the time she was still living at home with her parents. Together they decided it would be best for her career to move to Toronto and start writing with other people. Besides, after graduating from high school, Morissette moved from Ottawa to Toronto. Furthermore, her publisher funded part of her development and when she met producer and songwriter Glen Ballard, he believed in her talent enough to let her use his studio.

The two wrote and recorded Morissette’s first internationally released album, Jagged Little Pill, and by the spring of 1995, she had signed a deal with Maverick Records. In the same year she learned how to play guitar. Besides, According to manager Welch, every label they approached, apart from Maverick, declined to sign Morissette.

Maverick Records released Jagged Little Pill internationally in 1995. The album expected only to sell enough for Morissette to make a follow-up, but the situation improved quickly when KROQ-FM, an influential Los Angeles modern rock radio station, began playing “You Oughta Know”, the album’s first single, featuring Flea and Dave Navarro. Then again, the song instantly garnered attention for its scathing, explicit lyrics, and a subsequent music video went into heavy rotation on MTV and MuchMusic. 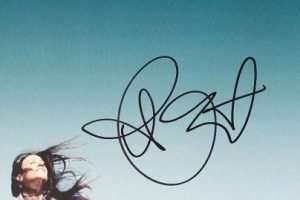 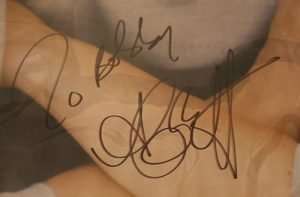